Blog Meme: The Next Big Thing


Blog Meme: The Next Big Thing

I normally don’t do blog memes. But this one kinda grabbed me. Not the usual, "What color socks are you wearing?" It’s basically part of an ongoing chain of book and author recommendations called “The Next Big Thing.”

The whole idea is that writers get “tagged,” answer ten quick fire questions on their blog, and then tag five other writers … so that before long you have a whole web of writers answering the same questions, and linking to one another through social media. I was tagged by Kat Heckenbach (thanks, Kat!) and will henceforth tag five writer friends at the end of this post who will answer these same ten questions on their blogs next Wednesday. (I tagged five, but I only got permission from two, so this may come as a surprise to a few)


1) What is the title of your next book/work?

The working title for my next book is Bleed. (This doesn't refer to a physical state)

I'm stepping away from historicals for a bit (sort of) to try my hand at something new. It's a paranormal thriller/romance where two timelines infiltrate one another within a room inside a house where a tragedy, the murder of the story's hero, took place over one hundred years ago (see, a little bit historical). The heroine must solve it in the present to prevent it from happening again. The romance element is a complicated one, as the hero and heroine's encounters are stuck somewhere between reality and a dream-state. Also, a good romance doesn't have to end happily ever after to be satisfying. So you won't find one of these characters jumping from a bridge, like in Kate and Leopold, and ending up transported. Cute for that movie, but it'd be contrived if I tried to pull something like that off in my book.


2) Where did the idea come from for the book/work?

I've wanted to try something different for a while. I love old historical properties that look like they have a story to tell. The more dilapidated the better. Sometimes I Google this sort of thing and just stare and wonder. I came across the most curious chateau in France. It needs complete restoration and just looks like really fascinating things happened there. That's the one that really got my senses going for this.

The main idea came to me afterward, while I was in the shower. 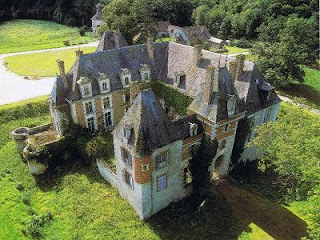 3) What genre does your book/work fall under?

I would classify it as a Paranormal thriller first and romance second. Though, the romance will be a very strong element, but not sappy, no sap allowed. I want the romance to play off the impossibility factor, which is a result of the parnormal activity surrounding the hero and heroine's encounters with one another.

4) What actors would you choose to play the part of your characters in a movie rendition?

This is hard for me, mainly because I rarely cast books. I have a vivid picture of what the character looks like in my mind, and on occasion there's an actor or actress that stands out.

Okay, hmm...
Well, both my characters are older, as in the sense of mid-to-late thirties (older for books and movies).

My hero is a bit cynical. He challenges everything, and he can't stand people who don't bother to think beyond what they are told. He can be rather combative, especially with his sister, whom he frustrates to no end. He runs the family business, has never married, and pretty much insults every woman he meets within the first five minutes. He's a curious man, intelligent and highly capable, but not exactly pleasant.

I think the winner is Javier Bardem. My character Louis Everett (name is still subject to change) isn't Spanish, but there's something in this guys eyes that makes me think of the qualities above. 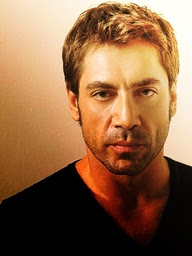 Evie Reynolds is also a bit burnt out on life. She's (hold your breath) a successful author who has recently been through an ugly divorce. Evie has always been a caring sort, out to save the world, and the attitude change she's witnessed in herself as a result of the broken trust in her marriage and the nastiness of the divorce concerns her. She doesn't want to be this person she's becoming. So when we encounter her in the story, she's taking steps to try and nurture her good-hearted and adventurous nature. She likes these qualities about her and doesn't want to lose them.

So... with that in mind, I have to go with Ashley Judd. I love her smile. It makes her look like she never loses her sense of wonder. Plus, she's not afraid to cut her hair short, and I just think that Evie wears her hair that way. Sort of like below. 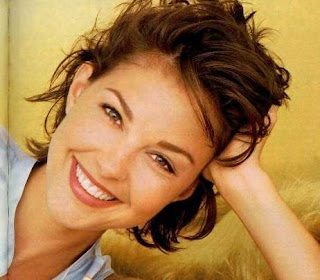 There is a villain, but he is unknown for much of the story, so I'm not casting him to anyone other than myself. :)

5) What is the one-sentence synopsis of your book?

A violent tragedy tears through time allowing two eras to bleed into one another, and gives the victim the chance to find companionship, love, and the potential to alter fate.

6) Will your book be self-published or represented by an agency?

All of my previous books have been published with a small press, and my experience has been really great, but I'm going to try and capture an agent with this one, and hopefully, eventually, get published by a larger press.

7) How long did it take you to write the first draft of the manuscript?

I completed my last book this past summer and have spent the past few months going through edits. This idea has been brewing for about three months, but I'm just a couple of very rough chapters in, and I’m absolutely certain that these will be completely rewritten because that's just my method: Awkward start, find my way into the story, start over and revise.
Stories for me have to have a brewing period of several months. During this time I write lots of notes, some random and out of order scenes, a horrible beginning, and I also character journal. I research a lot during this period too and work on several versions of a synopsis so I can see a clear path to the end of the story, I still leave wiggle room to allow the characters to evolve and for scenes to unfold in unexpected ways. Once that last bit of major research clicks, and my vision to the end of the book is clear, I write fast. If I work diligently and late into the night, I can write a full book in under three months. Of course, it needs revisions and editing, but not a total scrap and overhaul. I've written five novels now, and all have followed this pattern. I expect this book to as well.


8) What other books would you compare this story to within your genre?

Urr... Are we allowed to skip questions?

I'm honestly not sure right now. It may be that I'm just too early in the process to know. There are similarities to the story in the movie The Lake House. I hadn't thought about this until someone mentioned it to me, but only the timeline element really, and vaguely at that.

I'll have to think about this one. At present I don't have answer.

9) Who or what inspired you to write this book?

My family is always inspiring, but I think the bulk of this one probably goes to my youngest daughter Kaylee. She loves Fantasy, and knows that I do too, and has encouraged me for some time to branch out. She also enjoys sharing in my picture collection of old houses, castles, etc. We both have wild imaginations and enjoy spurring one another. Did I mention she writes?
10) What else about the book might pique the reader’s interest?

Well, I think everyone kind of loves an impossible love story, and a good thriller always keeps a person's interest, especially those in the style of M. Knight Shyamalon. I'm no M. Knight Shyamalon, but I'd sure like to aspire to his level. Needless to say, this story will have a twist. Well, not really a twist, not when you look back on it, but hopefully, if I do it right, readers won't expect how it ends, even though in hindsight, it will make perfect sense. That's all I'm saying.

And now for the tagging:


Jennifer Hartz, author of the series Future Savior. The fourth book in this futuristic fantasy series just released. I LOVE these books!

Tina Pinson. Tina's an author who dabbles in several genres. She's also recently had a second book in a series release: Shadowed Dreams. I really like her Gothic who-dun-it tale, In The Manor of the Ghost.

Sadie and Sophie Cuffe. There's romance, intrigue and plenty of action going on. Be prepared to get hit over the head with how good these are. (It happens to the characters.)

Michelle Sutton. Romance writer? Yes. Typical? Oh... no... Not by a long shot.